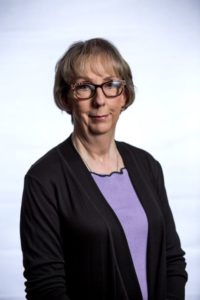 NJ Connect for Recovery strives to provide education to families and those who may suffer from a substance use disorder. As part of a new initiative, we are always looking for dedicated peers who can volunteer their time to facilitate our Family Education Workshops, aimed at building communications skills to better cope with a loved one or help themselves if suffering from substance Use Disorder. I had the pleasure of sitting down with Family Education Workshop Facilitator Lynda McDonald to find out more about the workshops and her experiences helping families.

Chanelle: Can you talk to me a little bit about what you do for the mental health association/ NJ Connect for Recovery?

Lynda: Sure. I kind of got involved because I knew Annie (former Community Education Director). Annie had brought it to me that this was a new program that was starting and being a parent of someone that is in addiction, she asked me what I thought of it and I thought it was great! I told her when they’re doing a training to let me know. That’s kind of how I got involved. I jumped on board and did the facilitators training and soon after met Don Bornheimer (Outreach Coordinator and Family Education Workshop Facilitator) and we decided to facilitate together. That’s how I got involved with RAFTS.

Chanelle: What is RAFTS? Are you a part of RAFTS?

Lynda: RAFTS stands for Recovery Advocates for The Shore. I’m not a part of rafts; They wanted to have the workshops brought to them, so Don and I went down there. We use their area and I fully support them in implementing the Family Education Workshops. They wanted to have the meeting brought to them, so Don and I worked the nights they had available. I started working with them and helping them out and now they’re going to open their own group in October. They also did some programs over the summer and I know Don was helping every Monday night. We also held a couple classes even after the program was over.

Chanelle: What type of people do you serve? Who do you find coming to the family education workshops?

Lynda: We had such a wide range of people; we had families that either had a husband who had an addiction, grandparents who had children who were addicts and they were worried about the grandchildren. I had a mother who came in with her son –  there was no addiction, but they have a history of addiction in their family and he was turning 21. She was concerned about him possibly drinking a lot. There was just so many different people. There were people who had backgrounds in addiction, mostly families, but it was all different types of situations.

How often do the groups meet? Are you guys currently running any Family Education Workshops?

Lynda: Our group ran once a week and the workshops are typically given over a 12-week period. RAFTS will be taking over the workshops in the fall; I believe they are being trained by Joanne Mc Carthy, LMHC, LPC, LCADC (Director of Call Center Services) this month and will be starting a group in October. We’ve been kind of guiding them just making sure they have all their information and I’ll be available to assist if they need any help.

Chanelle: Will you be facilitating any groups in the fall?

Lynda: Yes. I work at Center State Hospital and we’re going to continue the Family Education Workshops here in September. Don and I are bringing it over to the hospital, hoping to get more people and I have another friend that I’m going to get trained, so we’ll have three people that will be facilitating the workshop.

Chanelle: Can you provide an example of a family who completed the workshop and what their experience was like from your perspective?

Lynda: Absolutely! There are so many examples I don’t know where to start. There was one woman who came into the program really wanting to have a relationship with her husband again and he was abusing alcohol. She wanted to have a relationship with him again by doing things like reading and spending time together like they were used to. They had lost that through everything. By doing the program, every week she went home, and he’d asked her what she learned and by the end of the 12 weeks her and her husband started a ritual, opening the conversation. They’ll read books together and began spending more time working together and talking together… It really opened up a whole new way communicating. I had another woman who was concerned about her grandchildren and she had a tough relationship with them because they were in California and by the end of the program she shared that she had learned so much about herself and about her grandchildren from taking the workshop. She was able to open a line of communication with them so much so that they were willing to travel from the West Coast to spend more time with her. The mother with the twenty-one-year-old, who I previously mentioned, told me that by the time she left both her and her son really changed the way they communicate with one another.

Chanelle: The Family Education Workshop incorporates the CRAFT model (Community Reinforcement and Family Training) What do you find most unique about the CRAFT model?

Lynda: I had gone to a lot of different programs through rehabs with my son, but I like this because it was a workshop focused on healthy communication and positive reinforcement. There was something for me to literally go to and take what I learned home. At those times where I didn’t know what to do, this program really benefits the families because you do the workshop is interactive, and you have something that you can take home with you right then and there. That’s what I absolutely love about this program. I’m able to leave with homework that I can apply. It was only 20 minutes exercises and if I didn’t do great that’s okay. I still did it.

Chanelle: Were there any barriers mentioned that the families may have faced for those who were seeking treatment for substance use?

Lynda: I think the frustration came with Medicaid. There weren’t a lot of places for people with Medicaid or no insurance [to find treatment]. There weren’t any other barriers mentioned because the families were working on changing their relationships through this program. They were focused on the fact that they were able to talk to them differently, you know.

Me: So, the end of the program wraps up with a Narcan training where attendees receive a Narcan kit. Tell me what that was like?

Lynda: Yes. I think it was JSAS Healthcare; they came and gave the Narcan training, referred by New Jersey Connect for Recovery. Many of the families came, including additional people who were not in the workshop. I think there was over 25 people!  It was beneficial, and a lot of people were happy that they did go to it just to learn, it if nothing else.

Chanelle: What led you to wanting to facilitate the Family Education Workshops?

Lynda: It actually started with my son because he had been in and out of so many rehabs. I went to a lot of family support groups and decided – let me do something positive with all of the negative that was going on out there. I felt like there wasn’t a lot of help for families, so I decided to start my own support group in town through a rehab locally and kind of branched out on my own. I work with the police in town; I speak for them. I just feel like as a parent I want my voice out there to let other parents know that there was something and that’s really my drive – helping other families. I obtain my state certification for a recovery coach, I’m starting school in September to get the certification for drug and alcohol counseling. My focus is families. I truly believe there needs to be more help for families who are dealing with substance use disorder.